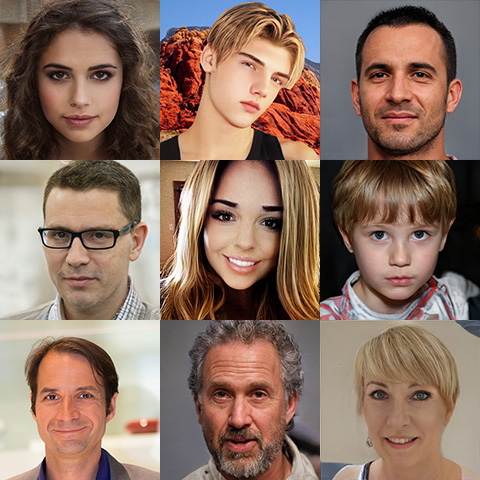 A Sample of Secondary Characters

This week will start the first of a multi-part dive into the lesser featured, but incredibly important, characters of the Subsumption Series. While each of these nine individuals plays a supporting role to Marcus, many will become primary characters throughout the rest of the series. In some cases (like with Velia and Virgil in Coverted), they’re already the stars of their own stories.

Some spoilers follow, so proceed with caution (you’ve been warned) …

Velia and Virgil are entangled teen spirits separated by over a decade and the North American continent. But after Agent Rylos enters their lives, he sets their worlds on a collision course for Krypteia, the artificial planet in the Sirius Star System where the Confederation trains their elite special forces unit, the Black Star Hunters. Every Hunter-in-training has one thing in common: they know they’re meant to live a different life than the one they were born into. They also recognize that Agent Rylos’s offer provides the moment they’ve longed for: shedding their old lives and accepting the calling for a new universal adventure with the Confederation.

Shrouded (figuratively and literally) in secrecy, Agent Ky Rylos is one of the most powerful characters in the series. As commander of the Black Star Hunters, he represents the tip of the Confederation spear. While traversing the stars to implement the social engineering and subterfuge his leaders dictate from their home base in the Vega Star System, Agent Rylos is sent to Earth to establish a secret recruiting program tasked with finding Hunters like Velia and Virgil. While he enlists Virgil as his protege, their Master and Apprentice relationship is focused on preparing Velia for her life’s mission: hunting Marcus Adams to deny the Federation their most valuable leader in the coming galactic war. But like the other Hunters, Agent Rylos doesn’t know the full extent of who he is and what role he’s destined to play.

Benedict’s retail monopoly over Tek may have made him the world’s first trillionaire, but, as Antony loves to point out about his affluent nemesis, money doesn’t always reflect the quality of the person holding it. The Darrow family empire started long before opening Tek-Mart at the Black Market, meaning Antony Adams routinely finds himself working alongside Benedict on projects for financial institutions. Though they share a birthday, Antony finds nothing endearing about Benedict (with the exception of his sister, Hannah). Still, the Furies keep pushing these two men onto the same path, like with the One Identity project—a Know Your Customer, Anti-Money Laundering project utilizing Benedict’s data system and Antony’s algorithms.

Hannah is the silent genius driving her brother’s business success, but that’s exactly what she wanted. If no one knows she’s pulling the strings, then it’s harder to stop her. This Machiavellian instinct was born of necessity growing up in the epically dysfunctional Darrow household; it protects her son, Lucius, from the corruption that rotted the hearts of her father and brother. Though raised with all the advantages afforded by wealth, Hannah’s path has been full of tragedy. The biggest blow was the loss of her husband, but other daily tortures have turned her into a Stoic master of her emotions, a skill she uses to keep her physically frail son from slipping into the family cesspool.

From a distance, it’s hard to see the common thread connecting Luke, Garret, and Jeraldine, but they’re destined to do great things together. Each was born more than a decade after the other (with Luke being the youngest and Garret being the oldest). Although Garret and Luke both work on campus, Garret’s job in the Neuropsych ward at the university hospital is nothing like Luke’s role as Curator of Ancient Antiquities at the Utah Museum of Fine Arts or star lecturer of the Federation’s Symposium. Jeraldine is even further afield, fulfilling her role as the successful entrepreneur behind Set and Setting at the Black Market. But upon closer inspection, all three of them knew, and loved, Marcus’s parents; a fact that Marcus suspects explains their election as Elders for the Agogoe after the Reset.

How (and why) these secondary characters will become instrumental to the series is foreshadowed in Coverted, Disclosure, and Subsumption (hint: pay attention to the Red Herrings). But before you revisit the stories, here are more details about these nine characters …

Some Additional Details About Secondary Characters