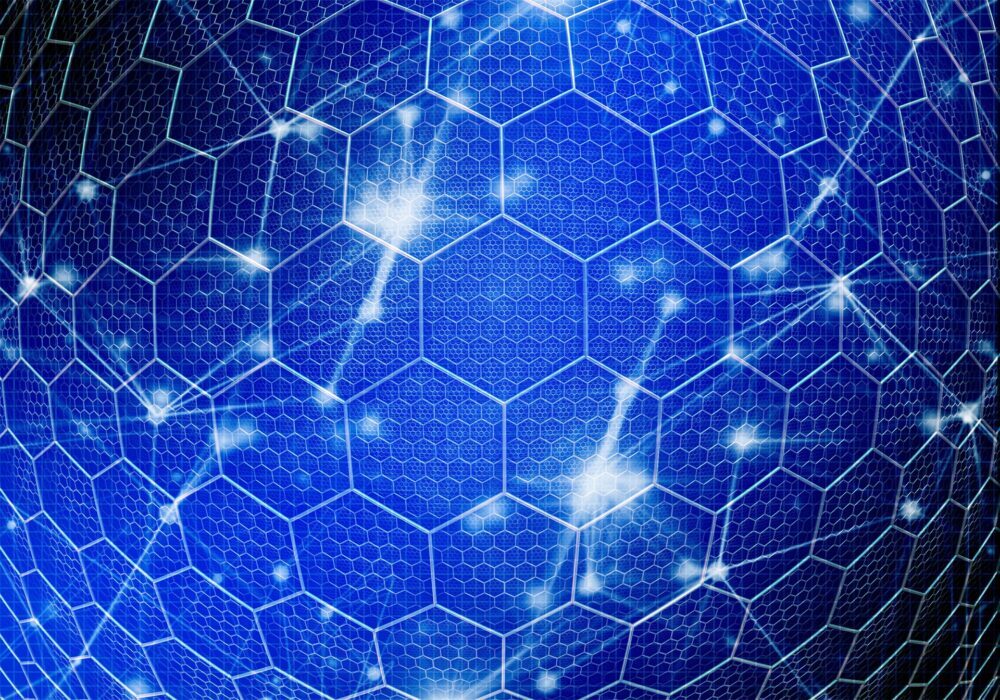 Subsumption is now one month old, and the launch has exceeded my wildest expectations both in terms of sales and critical reception (thank you to everyone who’s left a review on Amazon and/or Goodreads!). But the launch was never meant to be a one-and-done event. In fact, the audiobook is currently in production, and a narrator has been selected to record the three existing stories (Coverted, Disclosure, and Subsumption), all of which will be available on Audible in the first quarter of 2021.

Beyond the print editions, eBooks, and audiobooks, there’s a final (and highly unique) format for the Subsumption Series only a few of my closest confidants know about. So today, I’m officially bringing this part of the project out of stealth mode (in the startup sense, not to be confused with the “Stealth Mode” the Cohort experiences during the Sequences in Brad’s Lab) to explain the decentralized application (dApp) that’s presently in development.

What follows may feel like drinking from a firehose, but know that an understanding of the underlying technology won’t be necessary to participate in the Subsumption dApp. That said, dApps undoubtedly represent the future of computing; they’re more resilient and usually built on the idea of consensus, a democratic alternative to central-command-type systems where a user can be blacklisted and banned without recourse (and where content can be blocked or destroyed) at the whim of one individual.

What is a dApp?

Before delving into the specifics of the Subsumption dApp, let’s take a quick detour to explain the technology involved. Decentralized apps, or dApps (a.k.a Dapps, dapps, or DAPPs), are similar to the applications we use everyday on our digital devices, but they differ in one crucial way: their data and functionality are distributed, or decentralized, across numerous independent devices which collectively create the system. To understand why this is so important, let’s look at two popular (non-decentralized) applications, Hulu and Spotify.

When you use Hulu on your phone or television, you’re connecting to data stored on a cluster of servers at Amazon Web Services (AWS). While there are backups built into that system, if AWS went down for any reason, then Hulu would fail to work for you. The same is true for Spotify, though they use Google Cloud Services (GCS) instead of AWS. Regardless, the same vulnerability exists for Spotify’s centralized data and your ability to access it should GCS go offline. In both applications, the data (shows/movies and music, respectively) is controlled by a single entity— which raises a myriad of other potential issues and abuses, things I’ll return to shortly.

Unlike centralized applications such as Hulu or Spotify, a dApp distributes its data across different servers, “nodes,” all around the planet. Not every user has to be a node, but it’s the nodes that keep the system running. Without getting too technical, there are public and private versions of dApps, meaning the underlying network can be open or closed to certain users. (Hulu and Spotify could still require a subscription and utilize a dApp—in that case, they’d both be private dApps since you’d need access to their decentralized system whether you’re a node or a regular user).

Whether public or private, the key to decentralization happens under the hood with distributed ledger technology (DLT), also known as blockchain (one type of DLT). Remember the idea of consensus from a moment ago? That’s what allows a decentralized ledger to function— all nodes on the network must agree to maintain the same data. This makes the network more robust against accidental deletion and more resilient to intentional attacks. It also means no single node or user can change the data and that any change to the system (through consensus) is traceable. This concept is known as “immutability,” and it’s the main reason why I’m building a dApp for the Subsumption Series; once the stories are on the dApp, they can’t be modified or destroyed without the consensus of the network (so nobody can burn the books to rid the world of the story). Now that we’ve covered the technology, let’s talk about what you can expect in the Subsumption dApp.

The dApp will be a public/private hybrid, mobile-first application that allows fans to do a few things: read/listen to the stories, highlight/annotate and chat with other fans about the series in real-time, propose modifications to all aspects of the story and the dApp, and experience the immersive materials of the Subsumption universe. Because this is a decentralized application, the data will live on a distributed network of nodes that users can easily access through the dApp.

The Subsumption dApp will allow fans, without charge, to read and listen to the entire series on their mobile devices (Android and Apple) or on a desktop machine through a web-based portal. This application will include an offline mode, but a web connection is required to receive the most recent version of the stories and new releases. While reading or listening to the stories, fans will be able to highlight sections and leave annotations, then tag and share that information with other fans directly within each of the stories. The purpose of this functionality is to empower people to discuss aspects of the series and propose changes to the current version of the story.

Through the dApp, the Subsumption Series will become a living entity. Beyond fixing typos and factual inaccuracies (inevitable in any human creation), the ability to propose modifications to the story directly will engage and empower fans to reshape the series in exciting new ways. Whether this involves renaming characters, creating alternative plotlines, or morphing the story into a fan fiction series, changes will be possible through consensus. So, if you think Marcus should be renamed as “Boaty McBoatface the Second,” that can only be accomplished through the consensus mechanism built into the dApp (a process that’ll be revealed in an upcoming whitepaper). But, thanks to immutability, any previous version of the story will still be accessible to fans—in case you don’t like what it becomes once it’s turned over to fans.

In addition to modifying the story’s narrative, it’ll be possible through similar consensus mechanisms to change functionality of the dApp itself. Whether this involves expanding the application functionality for new operating systems, or adding features to the existing versions, the dApp will change over time to fit fans’ wants and needs. But proposing something isn’t the same thing as executing it. While literary modifications might be within the realm of possibility for some fans, a smaller subgroup would be capable of the coding required to change the dApp. A foundation will be established to solve these issues and execute the changes that result from fan consensus.

The final aspect of the dApp we’ll discuss today (but by no means the last of what’s possible) relates to the idea of “transparencies.” Broadly speaking, these are supporting materials that allow fans to be fully immersed in the series. Transparencies can range from fan art to pictures of the characters (if you’ve been reading the blog, you know those already exist). But it also includes things like Brad’s Notebook and Bill’s lecture materials— both currently exist and will be shared on the first dApp release. It’s impossible to predict what these transparencies will be like, so the application will be built to allow for their continual creation and addition, so long as they add to the fan experience and pass the necessary consensus mechanisms.

When can you expect the Subsumption dApp? It’s years away, but by mid-to-late 2021, a development roadmap will be shared, along with a whitepaper outlining the foundation’s structure and the consensus mechanisms for modifying the story and dApp. Until then, keep reading and sharing Coverted, Disclosure, and Subsumption to build the fan base necessary to adopt this new approach to stories pioneered by the series …

Some Spoilers About the coming Subsumption dApp