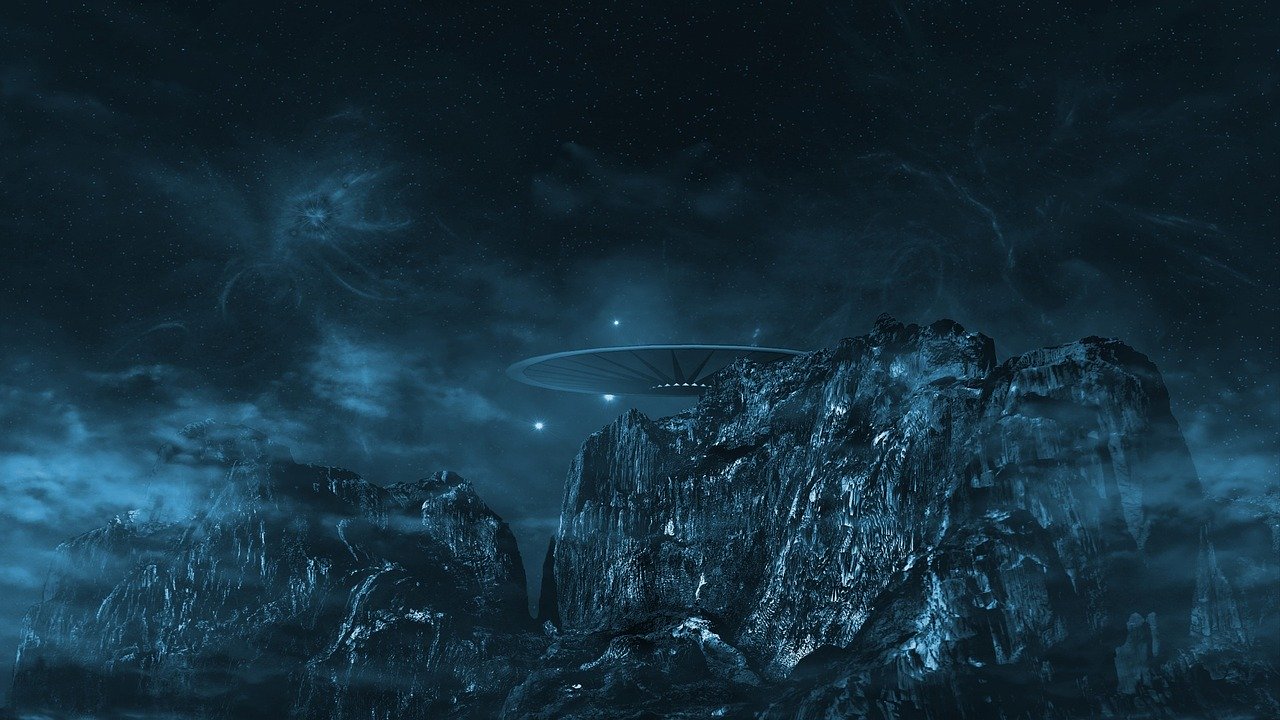 A Galactic War Front Is Moving Towards Earth

With the arrival of the alien Federation on January 1, 2021, humanity gets a final answer to whether we’re alone in the universe. But the revelation is a double-edged sword since the Federation discloses the existence of a second alien Confederation with plans to conquer Earth.

While the Federation’s disclosure is mostly peaceful (RIP North Korea), some people question the intentions of these “Shadows.” Conspiracy theorists claim the Confederation threat, if it’s even real, is intended to push humanity into a hasty, one-sided alliance with the Federation (who could be the same aliens as the Confederation).

The New Era: Time is relative, but how it’s measured and expressed is an important social construct. Many times in humanity’s past, the instituting of new calendars signified a monumental change To honor the Federation’s arrival, Earth has moved to the New Era (NE) system. Anything before January 1, 2021, is expressed as a negative NE value, while anything after January 1, 2021, is a positive NE value. For example, the first man to walk on the moon took place on July 20, 1969, this is now expressed as July 20, -52 NE. Similarly, the Apophis asteroid’s fly by Earth on April 13, 2029, becomes April 13, +8 NE.

An Ivory Tower Alternative: The Federation knows the power of education, but the Ivory Tower has been rotting for decades. To solve this problem, the Federation establishes the Federation Acculturation and Cooperation Tract (FACT) on university campuses worldwide to train Praetors as liaisons between humanity and the Federation. Using an invite-only system, these classes of thirteen students are trained by a Connector using the five pillars of knowledge: art, hard science, history, mathematics, and social science. Marcus Adams (our protagonist) and his best friend, Jordan Kilravock, are among the lucky few at the University of Utah taught by the greatest Connector of them all, Bill.

Globalization at a Galactic Scale: The Federation has cautioned humanity that it has to crawl before it can walk and run; that’s why integration to their cosmic civilization happens in stages tied to specific milestones (M1-M3). The first step of integration, M1, depends on data collection, and in addition to the FACT courses, the Federation has established a one-of-a-kind research lab at the University of Utah. Within the mysterious walls of this surprisingly small structure, an elite group known as the Cohort participate in simulation-based experiments to generate data about human nature and choice. In exchange, each Cohort member is paid in Tek, the one-way sensory manipulation technology humanity can’t get enough of. While the Cohort is free to do whatever they want with their Tek, all of them sell it directly to Tek-Mart, the fastest-growing startup in history, and the most popular storefront at Salt Lake City’s alien-owned bazaar known as the Black Market.

Just the Facts Ma’am: Amid this New Era environment, Marcus Adams is recruited into the Cohort to participate in this Subsumption research. Those in his immediate social circle have mixed feelings about the opportunity. The Federation says his data will be key to expediting integration and saving humanity from eternal enslavement, but without the ability to hear the Confederation’s side of the story, Marcus can only rely on faith. Although the Confederation isn’t speaking directly to Marcus, they aren’t staying silent. The select few working with the Confederation on their slow-burn social engineering strategy see things differently. For them, the ethereal existence the Federation advocates sounds like a damnation worse than death.

The only thing both sides agree upon is that in this cosmic conflict, is that Earth is the tipping point and it’s on humanity to make a universally consequential choice. Is Marcus allying with the right aliens?

Which side do you believe? Learn more by reading Coverted or jump ahead to the first five chapters of Subsumption. Either way, below are some key details about the Federation and Confederation to help you uncover the truth …