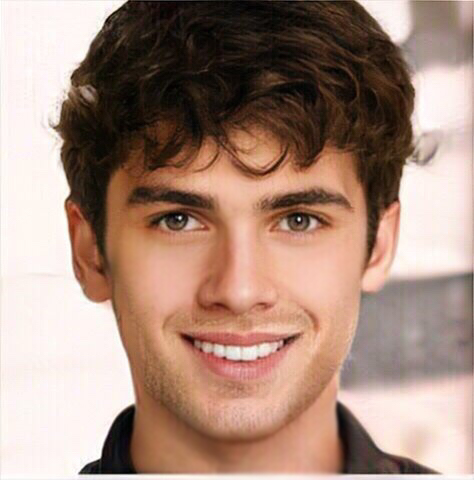 The Chosen One – Marcus Adams

No one is born knowing they’ll save the universe one day, but for Marcus Winthrop Adams, that’s the reality as he enters adulthood. For reasons the Federation has yet to disclose, Marcus is a human fulcrum capable of tipping the balance against the Confederation’s invasion. Whether this role is his true destiny or the result of alien manipulation is unclear; all Marcus can do is trust intuition and hope he’s making the right choices.

But he’s not totally in the dark regarding his own importance. According to his friend and alien researcher, Brad, Marcus’s cosmic significance is from the unique data he produces during Subsumption. By participating in these simulated realities as a member of Brad’s Cohort, Marcus helps the Federation understand human nature and expedite Earth’s integration into their galactic society before the Confederation arrives to enslave everyone.

But Marcus’s importance extends beyond Brad’s lab, and he’s one of Bill’s favorite FACT students. The support of his campus Connector means the world to Marcus and gives him the confidence to train as a Praetor, despite opposition from his girlfriend, Dianna, and best friend, Jordan. While his brother, Antony, is a true believer in Marcus’s ability to save the world, Monica’s mental games make it hard for Marcus to believe in himself.

Character Goals: Marcus wants to get closer to the Federation. It’s why he accepted a seat in FACT, and why he jumped at the chance to undergo Selection to join the Cohort. It’s also why he’s entertaining the idea of becoming a Federation Forces Operator (plus, who wouldn’t want a pair of Power Gloves?). While Dianna and Jordan can’t understand Marcus’s motivations to ally with aliens, the need is clear to him: he wants to save his family, and the Federation seems like the best way of doing that.

Obstacles: Not having the support of his girlfriend and best friend is hard enough, but like many gifted individuals, Marcus shares his brother’s affliction of imposter syndrome. Besides bouts of deep self-doubt, Marcus has always struggled with emotional control, and he derailed after his parents died unexpectedly. This, combined with a statistically questionable number of deaths among his classmates, ignited a constant fear inside of Marcus’s heart. Despite finding solace in Stoic philosophy, Marcus practices daily affirmations to control the self-destructive adolescent version of himself.

Interests: A love of history is embedded deep in his DNA. He often reminisces about the Roman history lessons his father delivered around the family’s dinner table. Equally powerful is his love of space. Marcus was forever shaped by stargazing with his mother while hiking around their mountain home in Sundance, Utah. But Marcus also loves studying the ways of war, a byproduct of his older brother’s introduction to Krav Maga and weaponry. Rounding out Marcus’s interests is a love of technology, though the conspiratorial influence of Jordan has made Marcus aware of the unintended consequences of humanity’s technological mastery over the natural world.

Family History: Marcus is the grandson of Abigail and Torquil Adams on his father Lindsay Winthrop Adams’s side. On his mother, Giuliana’s side, Marcus’s grandparents were Cristiano and Beatrice Rossi. Neither of his parents had siblings, so following their deaths, Antony became his only blood relative. However, Marcus believes in the Roman idea that family transcends blood, which is why he considers Jordan to be his brother and not just a best friend.

Ready to swipe right on Marcus Adams? Start reading the first five chapters of Subsumption or take a trip back in time to learn the Confederation’s plans to capture, contain, or kill Marcus by reading Coverted. Either way, below are some key details about who he is and who he could become …