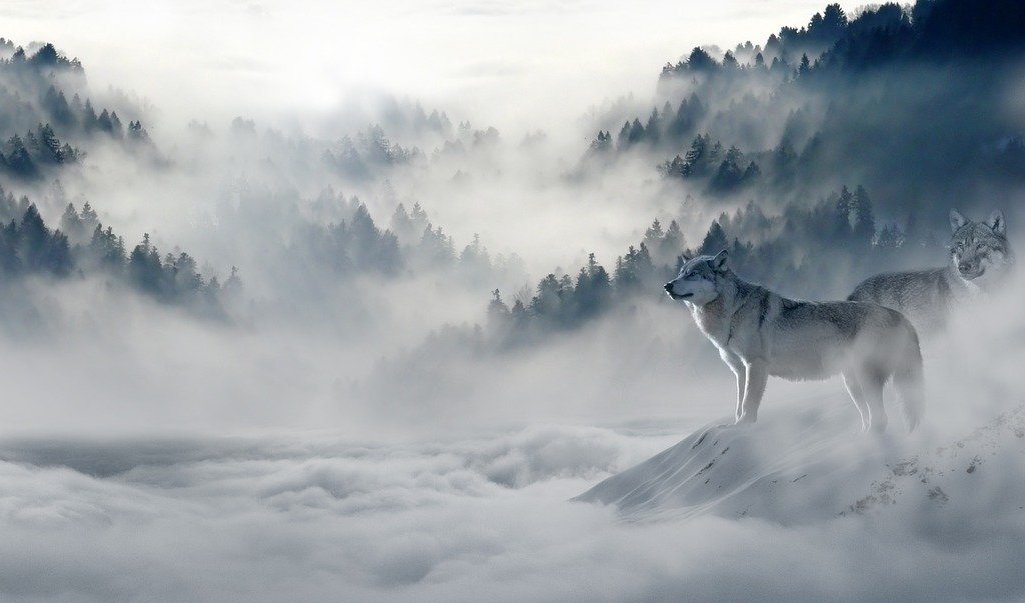 Immediately after the last blog about secondary characters, I received a few (polite but insistent) emails pointing out that while Velia Wolf and Virgil Wolff may be secondary characters in Subsumption, they’re both protagonists in Coverted (with Velia making an important appearance in Disclosure too). My mistake is an example of the phenomenon known as “the curse of knowledge,” which occurs when one person (in this case, me) takes for granted that other people don’t have access to the same background information.

As penance for my egregious error, today’s blog will dive deeper into these two characters and their role in the Confederation storyline. As a bonus, this blog also includes downloadable profiles for both Velia and Virgil. This is a new type of content I’m experimenting with; if you like it and want to see more, send me an email, and I’ll keep producing them for the other primary characters in the Subsumption Series.

When we’re first introduced to Velia Wolf, she’s a strong-headed thirteen-year-old living in Beaverton, Oregon with her mother and “aunt” Janice (who has no biological connection to Velia but uses the familial title as a smokescreen in the slowly evolving Portland society of the early 1980s). Even though Velia’s mother clearly loves her, their relationship is one of near-constant conflict, particularly when it comes to Velia’s job at the Malibu Grand Prix fun center, where she uses her technical skills to maintain the arcades.

Velia is frustrated because she’s surrounded by so many other women and finds unique comfort in the pseudo-paternal relationship she has with her boss, Kevin O’Connell. In addition to the freedom and responsibility he affords her at work, he begins training the young woman in a form of Israeli self defense called Krav Maga. This newfound skill helps Velia counter her school bully, Roger Savage, but their adversarial relationship eventually spills over to the arcade after the arrival of a new, highly addictive, game—Polybius.

Velia has no idea this video game will lead her down a path of no return, forcing her to choose between a boring life on Earth or an interstellar adventure. Polybius brings her to the attention of the Confederation’s most important man and leader of the Black Star Hunters, Agent Rylos. Velia is also unaware that a decade later, on the other side of the country, this agent will use a similar tactic to recruit a young man named Virgil Wolff to become her instructor. Together, these entangled teen spirits will train on Krypteia, an artificial planet in the Sirius Star System and home to the Black Star Hunters.

The parallels between the two protagonists aren’t meant to be subtle in Coverted (in fact, the first six chapters are collectively referred to as “Parallel Lives”). Like with Velia, when we first encounter Virgil, he’s a strong-headed thirteen-year-old living in the ultra-affluent area of Burke, Virginia. However, his home life is far darker than Velia’s, something his mother has escaped through the copious use of prescription drugs, abandoning her son to suffer the emotional and physical abuse of his powerful, militaristic, father.

Virgil is surrounded by men but only looks to his Libertarian-minded boss, Tom Marrott, as the model of good male behavior. Virgil routinely sluffs school to hang out with Tom at the IT Career Academy since his innate skills with computers and calculus are valued instead of suppressed. But when his boss gives him cannabis as an alternative to the Ritalin prescription his father forces him to take, all hell breaks loose. Virgil’s world is uprooted, and he’s sent to the Wilderness Accelerated Schooling Program (WASP) in the Utah desert.

Virgil’s experience at the wilderness camp is comparable to Thomas Hobbes’s description of a natural life in the Leviathan: “solitary, poor, nasty, brutish, and short.” But by relying on his skills, Virgil ends the hardship and gets the attention of Agent Rylos, setting him down the same path as Velia. In addition to technical talent and intelligence beyond their years, the main thing connecting Velia and Virgil is their suspicion that the life each is living before meeting Agent Rylos isn’t the one they were meant for. This isn’t teenage angst; it’s a deep intuition about where they come from and where they’re destined to go … together.

Click on each image below to download a high-resolution version of the corresponding character’s profile. If this is the kind of content you’d like to see for all the other main characters, send me an email and let me know!

Start reading about Velia and Virgil’s adventure in Coverted, or skip ahead and see what happens to Velia on the eve of Zero Day in Disclosure. Once you’ve finished both stories, get a jump on the first five chapters of Subsumption or buy the novel now on Amazon. Below are some additional details about these twin wolves and what’s in store for them in the Subsumption Series …

Some Other Facts to Consider About Velia & Virgil