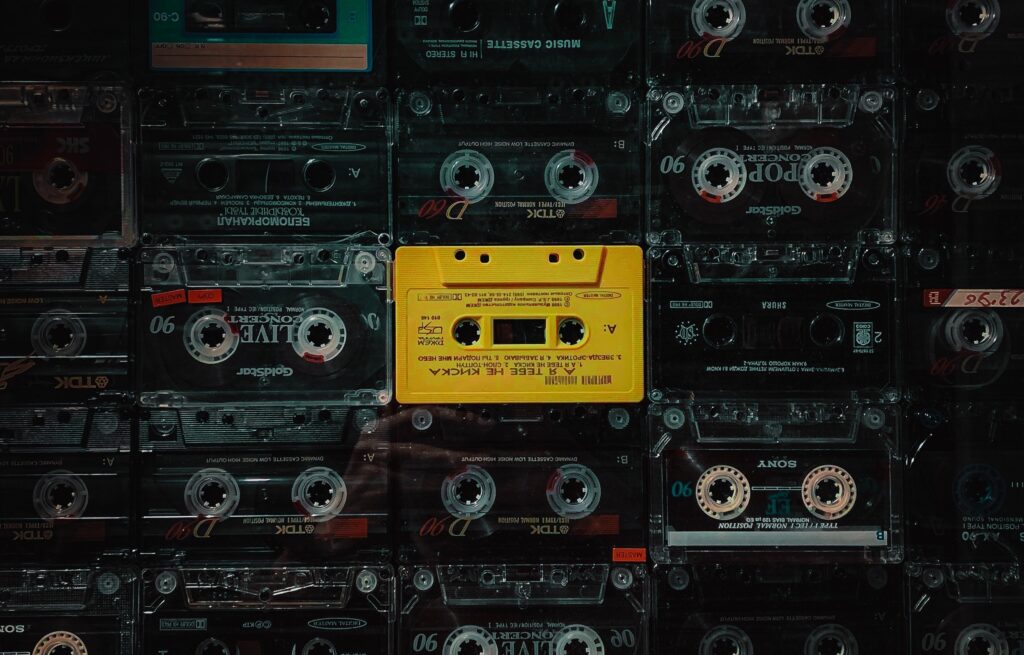 The Sounds of Subsumption

As I previously pointed out in the Red Herrings and Inspiration post, music has been (and continues to be) a major source of inspiration for the entire Subsumption Series. Given the melodic muse’s importance, today’s blog will delve into how auditory artistry has affected the structure of my stories by referencing a few key examples. We’ll end the blog with an embedded Subsumption Series playlist offering 16+ hours of curated Spotify tunes.

A quick note on SPOILERS: there are many ahead, so read at your own risk.

If you’ve read Why I Wrote Subsumption, you already know the role music plays during my mountain-wandering ideation sessions (with Kitty) to develop the broader story and overall flow. To flesh that process out further, I’ve listed specific ways individual songs have stimulated ideas for the Subsumption Series. This is by no means an exhaustive list—for every example below, there are dozens of others I’ve omitted for the sake of brevity.

Ideating is my favorite step in the writing process. I love the freedom of mentally exploring the possibilities of a scene or event in the story. This is also where music has had the most powerful impact, and more than a few scenes came to me during a “eureka” moment because of a song. One of the best examples of this is “Evil Beauty” by Blackmill. While listening to this track, I formed a perfect picture of Marcus and Monica’s first amorous exchange on the dance floor at Nerio, setting the tone and direction (along with the foundation of Monica’s personality) for their relationship in the series.

For me, the most emotionally-driven moment to date in the Subsumption Series happens when Marcus finds Antony’s body and copes by exploring the Derivative Ghosted memories his older brother left behind on the eve of the Reset. The content of these Tek memories, and Marcus’s real-world dream that immediately preceded them, will be explained in upcoming parts of the series, but their true significance is foreshadowed in the name of the chapter where these experiences take place. This chapter title came from the Planes remix of Black Diamond Bay’s song “I Dreamt We Were Bank Robbers.”

Songs That Provided a Kernel for Dialogue

In some cases, the catalyst for specific comments or thoughts by characters originated in a song. The best example of this is “An Ever-Growing Wonder” by We Came As Romans, which begins with the prophetic line, “I am the man in the mirror.” It was while listening to this track that the lyrical kernel grew into the idea of Marcus’s Stoic-inspired daily affirmation. Just like with Seven Lions (the band, not the concept from Subsumption—more on this shortly), you’ll count more We Came As Romans songs in the playlist than for most other artists (Seven Lions, The Ghost Inside, and The Glitch Mob excluded).

Songs That Captured the Feeling of a Moment

I can’t always explain, or even rationalize, the connection between a song and something in the story. That’s the case with this next example, Calvertron’s VIP remix of Meleefresh’s “8Bit Dreamz.” While this song fits well with the other EDM tracks in the playlist embedded below, it’s associated with an unexpected circumstance in Subsumption: the Treblinka Sequence. My memory on this is a bit fuzzy, but I believe the song played for the first time as I researched the physical layout of the death camp. Either way, every time I hear this song, I’m (uncomfortably) transported back to that Sequence.

No single artist has affected the Subsumption Series more than Seven Lions (yes, this is where I got the name for the yet-to-be-discovered leaders of the Agoge that Brad tells Marcus about during their final confrontation). But the most important of these many inspirations is the concept of the Great Divide, which came from a Velvetine track of the same name remixed by Seven Lions. I found this song while wandering the actual Sundance meadow where Dianna and Marcus free the trapped stag. But it was the song’s focus on love bridging a divide that inspired the star-crossed lovers dynamic at the core of the series’ conflict.

The enjoyment of music is highly subjective. That said, if you don’t appreciate metalcore and electronic dance music, it’s unlikely that you’ll derive much utility from my Spotify playlist. If, however, these genres are your jam, then you’ll have a good time! As I hit publish on this blog, the playlist run time is 16 hours and 35 minutes. I hope there are no duplicates, but if you find one, please let me know. This is a living playlist, meaning I’ll keep adding to it as I continue writing the Subsumption Series (so you may want to utilize Spotify’s feature to follow the playlist).

The only thing better than reading Coverted, Disclosure, and Subsumption is doing it to a soundtrack. But before you put on headphones and crack open your hardcover (or boot up your Kindle), here are some interesting facts, and a few honorary musical mentions, related to the Subsumption Series …

Some Other Surprising Musical Facts About Subsumption (With Links)